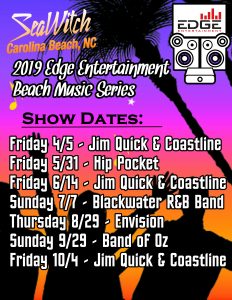 Mark Twain once said, “A Southerner talks music.” If this is true, Coastline speaks in volumes. An eclectic blend of soul, blues, and rock has produced the sound known as Coastline. From hard driving Carolina back beats, to Georgia southern rock, from Cajun inspired grooves, to Texas and Delta blues; Coastline truly defines the sound of historical Southern music. With finesse, the pure forms of southern music are transformed into a modern contemporary art form. 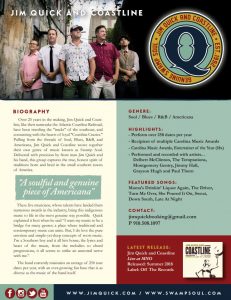